Home > Need help? > What Braking System to Choose for Your Rowing Machine?

What Braking System to Choose for Your Rowing Machine?

Most rowing machines have similar design, but their attributes can vary significantly, depending on their braking system. A braking system provides resistance during training and can be usually adjusted to several levels. Each type has its advantages. You need to choose a rowing machine with a braking system that will suit your needs the most. 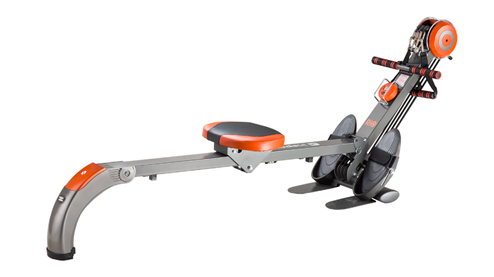 Rowing machines with a friction braking system are the basic models. The friction is achieved through rubber cables with various resistance levels. Their great advantage is extremely quiet running and steady, even resistance. Unfortunately, the great disadvantage of these models lies in resistance adjustment and the absence of any functions.

A rowing machine with a friction resistance system can be purchased for around 160 – 200 €. For an affordable price, you’ll get a reliable trainer that is most suitable for beginners or those who will not use it for regular training. 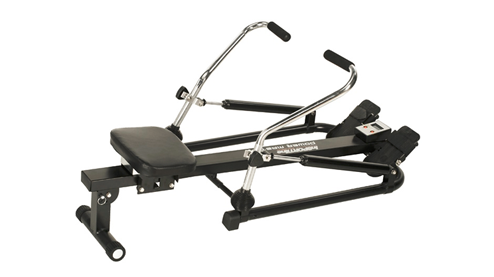 Hydraulic rowing machines are usually smaller, which will be appreciated mainly by those who are short of space at home. Resistance is provided by hydraulic pistons that are easy to maintain. However, these types of rowing machines usually don’t feature many functions and have shorter rail and smaller number of resistance levels available.

Rowing machines with a hydraulic braking system can be purchased for around 80 – 120 €, making them the most basic models available. Their small size and ease of use will be appreciated mainly by women. 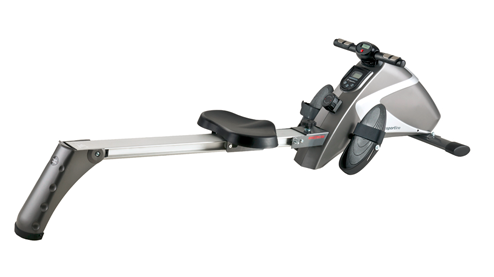 This is the most common rowing machine type on the market. The braking system is made up of magnets placed near the flywheel. Changing the distance between the magnets and the flywheel creates a magnetic force that determines the resistance during training. A big advantage of this type of a rowing machine is therefore its easy resistance adjustment, regardless of whether it is done manually or electronically. Electronically controlled rowing machines usually have a more resistance levels and significantly more functions. Other advantages include stable frame with longer rail that’s better suited for rowing simulation.

Rowing machines with magnetic or electromagnetic braking system can be purchased for about 200-600 €. Professional rowing machines then cost 600 € and more. This multi-purpose type of rowing machine is pretty much for everyone, whether you are a beginner or a professional. 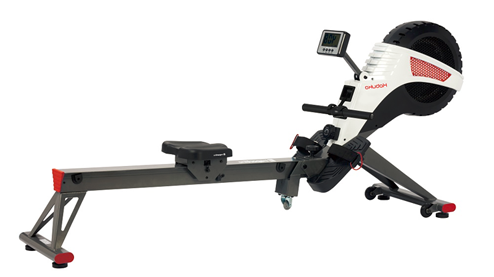 Resistance is provided by a flywheel similar to a ventilator. The faster you “row”, the more air pressure is put on the blades of the flywheel, creating resistance. There are also magnets near the flywheel that allow you to adjust the resistance according to your needs. Changing the distance between the ventilator and the magnets creates a magnetic force that allows you to adjust resistance levels. The advantage of combining a flywheel with blades and a magnetic braking system lies mainly in realistic movement. You’ll feel as if you were sitting in a real boat. The blades create a pleasant breeze. Other features include a stable frame, long rail, a number of functions or the option to switch between manual and electronic control.

Rowing machines with air-magnetic braking system are available from 470 €. Thanks to the combination of two braking systems and a realistic rowing experience, there models are popular not just with professionals, but with casual users who like to exercise at home as well. 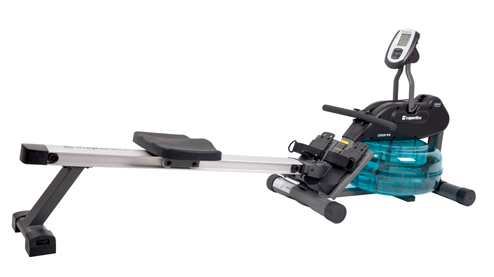 As the name suggests, the resistance is provided by blades working against water. The resistance level is determined by the amount of water in the tank. Its main advantages include natural and realistic movement, almost as if you were really rowing in water. The rowing movements are followed by a pleasant swooshing sound. These models also have a stable frame with long rail, comfortable seat and a control panel displaying important data. That’s why this type of rowing machine is used mainly by already experienced rowers who want to train for long distances with appropriate resistance.

The prices for rowing machines with water braking systems start around 580 €. Thanks to their attributes, they are suitable mainly for professionals, but even casual user will surely appreciate them.

Advantages: natural and realistic movement, pleasant sound, stable frame, long rail
Disadvantages: to change the resistance, you need to pour water in or out, larger size